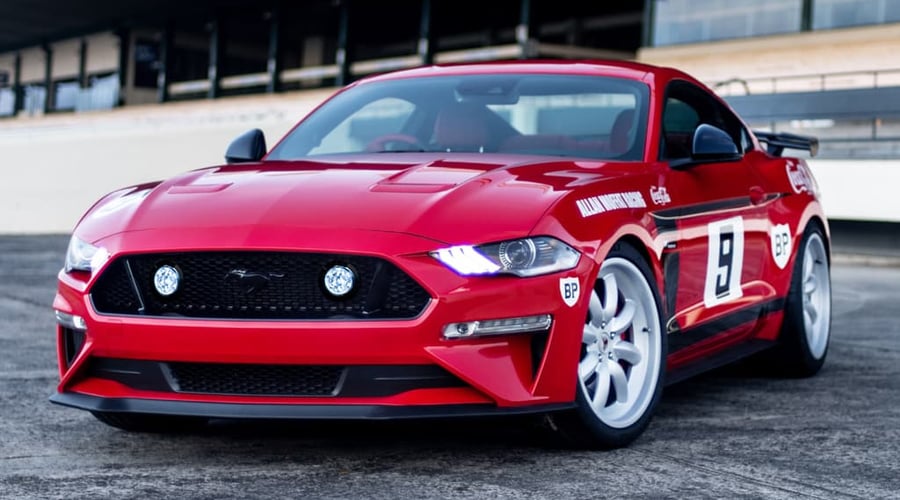 The 50th anniversary of the legendary Allan Moffat Coca-Cola Ford Mustang making its Australian debut is being celebrated by vehicle enhancement specialist Tickford.

One of only seven examples built by Ford’s racing division Kar Kraft in the USA, the original Trans-Am Boss 302 Mustang – to give it its proper title — debuted at Melbourne’s Sandown Park in May 1969 and went on to score 101 wins from 151 starts as well as claim numerous qualifying and lap records.

The Tickford Trans-Am Mustang will be offered in two variations, the Performance Edition and Performance Plus Edition.

Both use the iconic pony car’s naturally-aspirated 5.0-litre V8s with a Tickford 400 tune to boost power to 400kW in the manual version and 376kW in the auto. Torque is punched up to 620Nm in both.

This is the second Moffat Mustang anniversary model Tickford has released, having already developed the Bathurst ’77 Special Edition in 2017. It celebrated the famed Moffat Ford Dealer Team Bathurst 1-2 in 1977 in Ford Falcon XC Hardtops.

“The Tickford Trans-Am is probably the most exciting car project I have ever been part of,” Moffat said. “It has made an old racer like me feel proud of my racing history and what I have been involved with.

“My original ’69 Trans-Am Mustang was an incredible race car and I have so many great memories of the battles I won on track.”

While there are many ‘off-the-shelf’ performance modifications above and beyond a standard Mustang added to this limited-edition, Tickford has also introduced some bespoke items.

Parts have been engineered by the Tickford Racing Supercars team including replica driving lights integrated into the front grille and an under-bonnet chassis strut bar.

Other features include external decals of the partners of the era, a rear spoiler and exact replica eight-spoke 20-inch Minilite wheels shod with Michelin Pilot Sport 4S rubber.

“I think Tickford have done a tremendous job in designing a new interpretation of the original with some of the Coca-Cola car features that I loved including those wheels,” said Moffat. “I just wish I could race it!”

As part of the packages buyers also get a Tickford-engineered suspension package for MY19/20 Mustangs featuring matched H&R coilovers and dampers that lower the vehicle by 25mm. Mustangs with Magneride suspension get Eibach springs instead.

The Brembo brake system is uprated with Bendix slotted rotors and ceramic pads, while two Steeda braces stiffen the rear of the car. Tickford is also offering the option of a Roush supercharger kit pumping out about 530kW.

One of the main features of the Performance Plus Edition, aside from the inclusion of a high-performance Wilwood six- and four-pot brake package, is the opportunity to participate in a number of unique Allan Moffat experiences that allow customers to hear from him first-hand via various events and activities around the country.

Inside, the Tickford Trans-Am Mustang is overhauled in Nappa leather, has embossed logos on the seats, upgraded trims, a thicker steering wheel with red and black leather and a straight-ahead marker, a retro manual gear-knob, Tickford Trans-Am badging and a build number.

Strictly limited to 100 vehicles, Tickford is now taking deposits for the new model, allowing customers to choose their own build plate number (2-99) and secure this on a first-come, first-served basis.

Production of these vehicles will commence in October. A limited powertrain warranty will be provided.

Article by Bruce Newton of www.motoring.com.au